Getting Over the Loss of a Loved One

Even though Frank was a dog, he was my dog.  He was part of my life, and the last year and a half, he was a patient nonetheless.  I was his caretaker, and with that, I would structure my day around Frank and his needs.  He needed to relieve himself (go potty) about every two hours (towards the end), take pills at 6 am, 2 pm, before dinner, and 10 pm.  I made his food.  He also became so used to me being at home, that he developed a serious attachment and would cry when I left.  He still needed his "me time", when I would put him up in his favorite rooms so he could lay on the bed and sun himself.  He could walk and jump just fine, but he wasn't allowed to do stairs in the last 6 months because of his back and his new development of seizures.  I didn't allow him to do the stairs, I should clarify.

Getting over the loss of a loved one is hard.  Last night, I relived his death in my dreams while I was sleeping.  Granted, it was completely different in dream world, but it was my main dream last night.
I still cry all the time.  I tear up when its just me and BD talking about him.  There are pictures of him everywhere, and its not easy to ignore all the times I checked on him during the day, felt him lean up against me at nap time or bed time, and especially during dinner...when he would bully me to take him up to bed when HE wanted to go, just so he could bully me for more Cheerios, his nightly treat.

I think its important to cry when my mind and heart are sad.  I just miss him terribly.  Our world is so upside down right now.  We are starting to get used to the new normal, but I don't like it.  I want to go back in time and have him and hold him again.  Even though he was a dog, he was a loved creature.  He was my little guy and was a big part (the main part) of my life.
I trust something happens when we die.  I have to believe I will see him again.  If there is a heaven and a hell and something inbetween, I want to be so good God will allow me to see Frank again.
God has been good to me.  I begged him to let me live when I had cancer.  I begged him to let me live because I couldn't leave Frank.  He wouldn't understand, and I never wanted him to think I left him and I abandoned him (even if it was because I died).  In the end, I think Frank was holding on and lasted so long for the very same reason.  I don't think he would leave me.  That is true love.
God gave it to me.  I lived and came back to Frank and took care of him while he was sick.  20 months of being sick, and 20 months I might have complained, but I would do 100 more months if it meant I could have him happy and not in pain and with a good quality of life.  The medicine just couldn't keep up anymore, and no matter what I would do, he was getting worse.
God was ready for my boy.  I think he and I both needed to realize that summation.

So, what a long entry.  I'm gong to post this in my Lisa is Living Blog, because I think its an important part of life for me right now.
Be sad when your heart wants you to be sad.  Feeling uncomfortable with the new normal is okay.  Knowing the new normal will at some point be just normal....well, that sucks.  However, its going to happen and that's okay, too...it will happen at the right time.

Over 1 week and still in pain

Frank died 6/7/19.
I'm still in pain.
I knew it would be bad, he was my best friend.  He was my patient.  He was my dog.
I was his person.
Making that decision was hard, but I decided that day it was going to happen.  I still begged the doctor to check to make sure I was making the right decision.  Part of me wanted the vet to say, "He has a few more days in him, don't do it yet."  But, the vet didn't say that.  The vet said it was a good time.
I hurt inside.  I feel guilty for not trying to wait it out a bit more.  Frank was the comeback King.  He would be doing bad, and then magically he would get better.  Maybe, deep down I knew he wasn't going to get better.  I also knew, although he wasn't in pain while at the vet, the night before was awful.  It hurt me to hear and see my dog struggling to catch his breath and stop coughing.  I knew it hurt him.  I couldn't chance him having another awful gut wrenching night like that again.
Regardless, it still feels sad to think about that day.
It hurts to come home to nothing.
It was the worst day of my life.  I love him so much, I'm having a hard time coping.  Sure, I have good moments.  I also "try" to do things.  Otherwise, I just lay around and sleep (or try to sleep).

AB says its still new.  He says its just been one week.  That little booger was my soulmate.  I wish I could have him back.  I wish I could tell him again how much I love him.  I wish I could pet him and hold him again.  The loss of a loved one is not easy.  I never knew how hard it was going to be.
And now, i'm crying again over it.

I just wish I can gain entrance into heaven one day so I can meet up with my Frankie again.
I promised I would be a better person so I can see him again.  I must keep that promise, he means the world to me.
Posted by Lisa at 12:16 PM 1 comment:

The loss of my best friend

For those who read and follow this blog, the last 20 months of my life was devoted to taking care of my puggle, Frank.
He was diagnosed with congestive heart failure October 2017.  He passed away on June 7, 2019.
I had to make that decision.  He was getting worse, and we kept giving him more meds to help stabilize the cough, but they weren't working that great.
Thursday afternoon I took Frank to see his vet.  The doctor did not respond in his normal fashion when he listened to Frank's heart.  He seemed worried.  He asked me to increase some meds and call on Saturday morning to let him know how Frank was doing.  That night, Frank coughed for hours straight.  He would cough until he couldn't breathe or catch his breath.  He would run circles and try to find a comfortable sitting or laying position, only to start coughing again seconds later.  I knew in my heart Frank was exhausted and sore, even in pain.  He finally fell asleep that night, around 1 or 2 am...and when he woke, he didn't want to move.  His neck was all stretched out, and he looked not himself.  I knew it was time, and I made that decision.  My boyfriend was sad, but I know he agreed.

We went in at 11 am.  Right before, he was finally feeling better.  I took him to his favorite park, and he walked a bit, but he didn't want to leave.  He was walking slow, anyway, and breathing hard.  We only stayed for a few minutes, and I had to carry him back. In retrospect, I wish I would have let him lay down outside for a few hours out there.

I asked doctor to let me know if I am making the right decision, and to please listen to him again and see if this was necessary.  He said it would be a good time, it was only going to get worse.  When Frank was first diagnosed, Dr warned me that the dogs don't usually pass in their sleep, and this disease is a hard, painful death.  I knew I would have to put him to sleep, but I didn't ever want to.  I didn't want him to experience death in fear or in pain, either.

It was a good experience, for euthanasia, I guess. Dr explained the process, and both of his assistants were present, and they all loved Frank.  They all kissed him and pet him.  I was able to hold him most of the time.  He even snored a bit before the final injection.  He went quickly, and even though I am crying now, I am happy it was done at the doctor's office instead of the emergency room in the middle of the night.  I couldn't let him go through another night like that again.  That might have been selfish of me to want to make sure his final breath was surrounded by his own doctor, nurses, and me.  We were blessed with a long journey, longer than anyone thought we would get.  We also were blessed to have Frank as long as we did.  Again, I am selfish, because it wasn't enough time.  I hope God knows I am grateful for every second.  Every trying second.  I hope he knows the amount of money we spent-- the frustrations with all the laundry, the carpet getting little piddles that needed to be cleaned up, the food, the attitude when he wasn't feeling well...it was all something I would do again in a heartbeat if I could.  None of it mattered.  Frank being comfortable, Frank healthy enough to keep going, and Frank living was all that mattered to me.

I hope Frank forgives me, and I hope he knows how much I love him.  Forever.  I just need to prove to myself and God I am worthy enough to see that little boy again.  I was bonded to him.  I feel like my heart is missing a chunk.  That little boy was there for me when I was sick.  He was the reason (I am sure) that I lived.  I could not die because I could not abandon him.  I rescued him, and I promised him I would be there for him, forever.  It hurts.  It hurts so much.  It hurts to put his stuff away and it hurts to decide what goes to a shelter and what stays.  It hurts to look at it if I leave it where it is.  It hurts to be home alone.  It hurts to think its time to take him potty or give him pills.  I would work in my home office all day, and talk to that little dude  ALL DAY.  Carry him up and down stairs, take him potty, take him to the doctor, pills 4x/day.  Water all the time.  Treats, his special diet.  My life was wrapped up in Frank, and when he napped, I napped.  I loved feeling him stretch out and press his little body against my leg or cuddle himself up in a ball in my nook by my chest.  One of a kind. 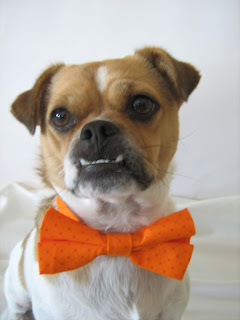 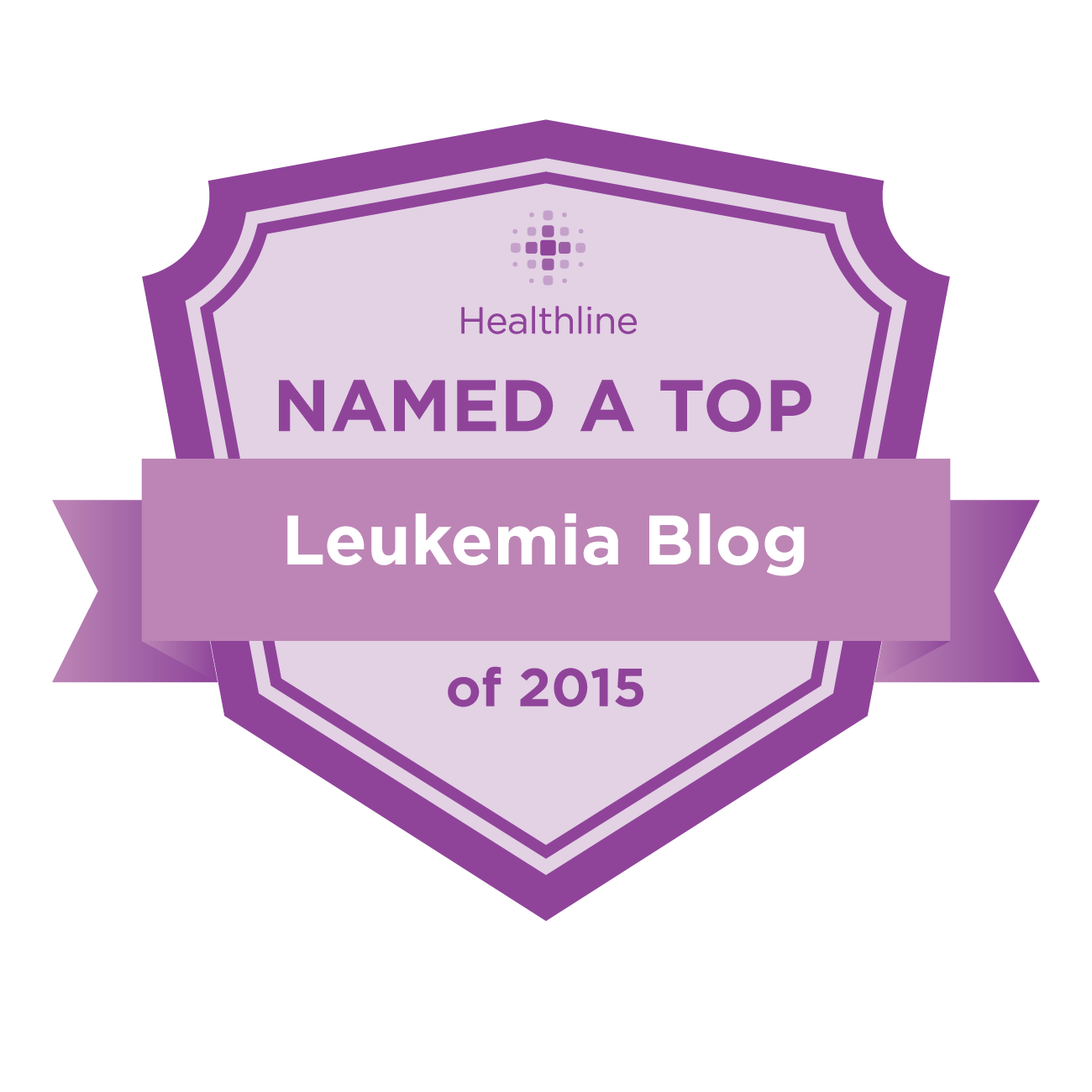